BEHIND YOUR GREAT SMILE IS OUR GREAT TEAM Graduated in 2008 André took his first steps in Private Dentistry in his family’s Medical Centre. Having worked in Portugal  until the the following spring, André decided it was time to expand his horizons in the UK in view of achieving further academic qualifications and enhance his skills.

Andre has an MSc degree (Distinction) in Implant Dentistry from Warwick University and was awarded the prestigious PGT Faculty Prize (Warwick Medical School) for achieving the best overall score of the masters degree. In 2019 Andre also achieved the Diploma in Dental Implants from the RCSEd (Royal College of Surgeons of Edinburgh) and the PGCert Orthodontics (Warwick) with merit.

In October 2013, André was offered the role of Clinical Director at Inspired Dental Care. André is an assiduous presence at CPD & Training courses since day one. Before enrolling in the MSc in Implant Dentistry, André attended two one-year foundation courses in Dental Implantology at ITI Centre and GIFT. André has also completed a one-year course in Advanced Cosmetic & Aesthetic Dentistry in London. Having completed a one-year training in adult orthodontics (2013-2014) he is also a certified Invisalign® provider. André,  completed advanced training in Periodontic techniques in Switzerland and is fully trained to deliver facial aesthetics treatments such as dermal fillers and botullinum toxin since 2010.

In 2012, André was invited to join the committee of the Devon Independent Practitioners’ Group (DIPG) where he currently holds the role of Vice-Chairman and IT secretary.

André is also a part-time Clinical Supervisor at Peninsula Dental School (Plymouth University) since 2017 and has recently been awarded the Associate Fellowship from the Higher Education Academy (AFHEA). Amish was born in London and bred in Portugal where he achieved his Dental Degree in July 2009. After working in private practice, Amish decided to make Devon his home in June 2010. Having achieved experience and developing his skills by attending several postgraduate courses, Amish focuses his practice on preventative, restorative (simple/complex) and aesthetic/cosmetic dentistry. Amish has completed his MSc in Endodontics (Root Canal Treatments) from the University of Chester with merit.

Amish is a full member of the British Academy of Cosmetic Dentistry, British Academy of Aesthetic Restorative and Implant Dentistry and also of the Devon Independent Practitioners Group. Outside of work Amish likes to read, travel, spend time with friends and family and play sports. Nasos graduated from Aristotle University of Thessaloniki, Greece, in 2003 and has been working as a General Dental Practitioner in UK since 2004. Nasos commenced his training in Implant Dentistry in 2008 at the ITI education centre and further developed his skills by attending post graduate courses in Wakefield and Bath.

In 2013 he completed his two years formal training in Implant Dentistry at the Royal College of Surgeons of England and was awarded the prestigious college Implant Diploma FGDP Dip Imp Dent, RCS (Eng.). Shortly after he was awarded his post graduate certificate in Dental Sedation and Pain management from University College, London enabling him to treat anxious patients under conscious sedation (IV sedation)

In 2014 Nasos completed his MSc in Restorative and Aesthetic Dentistry at the University of Manchester. Nasos is incredibly passionate about the work he does with his patients and is constantly developing his skills to deliver exceptional standards of care. Sarah’s career in Dentistry began in 1984 when she joined the Army to train as a Dental Support Specialist. In 1986 she was selected to train as a Dental Hygienist and qualified in 1987. Whilst serving in the Army in addition to her dental career she qualified as a combat first aid instructor and achieved a level 2 City and Guilds in communication skills. She gave 12 years service before leaving to join General practice. Initially working for the NHS in Colchester before moving back to Exeter in 1999. Sarah joined Inspired Dental Care in 2003. She has a keen interest in the treatment of periodontal disease and expanded her skill set by completing a 3 day masterclass in the treatment of periodontal disease in January 2019. Sarah is an active member of the British Society of Dental Hygiene and Therapy and was invited to be chairman of the South West Peninsular Group in 2001 serving until 2003 and more recently in 2015 serving as treasurer until 2018 Clare’s career in dentistry began in 1992 as a trainee & she gained her NEBDN qualification in 1994
Over her 29 years dedicated to Inspired Dental Care gain enormous experience in a variety of dental treatment’s but dental implants are her passion and the area she developed the most in the last few years working alongside Andre. Clare is trained in phlebotomy which we use frequently use in Plasma Rich In Growth (PRGF) technology for enhanced bone & tissue healing. Clare also helps with the smooth running of our practice by managing crucial areas of COSHH and stock. Charlotte has recently started with us as an apprentice Dental Nurse. Charlotte came over already with 10 months experience elsewhere under her belt and since starting has developed a special interest in orthodontics. Charlotte has also recently started her college course and is enjoying learning about the theory side of dentistry. Charlotte loves working in surgery and is fully committed to improving her skills and knowledge and very excited to see where her career as a dental nurse takes her. Elena graduated in teaching from University with BA (Hons) back in 2008 and has years of teaching experience behind her. Elena has also worked as a translator and interpreter in the past but decided to change her career and become a dental nurse as dentistry always interested her. Elena has started her dental nursing career at Inspired Dental Care in the summer of 2021 and is enjoying it very much. Elena takes great pride in looking after our lovely patients, working with our great clinicians and learning from our experienced nurses. Elena has also recently started her course at NEBDN to achieve the Diploma in Dental Nursing. Saski started working at Inspired Dental Care in July 2021 and is currently enrolled and training to become a fully qualified dental nurse. Before joining the practice, Saski already had a few years of experience as a spa/beauty therapist but always had a special interest in dentistry. Saski believes dental nursing is a great career to get into and is thoroughly enjoying learning the science behind the job and woking alongside all of the incredibly talented clinicians. Saski enjoys assisting with Invisalign treatments as well as restorative treatments such as composite bonding and takes great pleasure in seeing patients getting their confidence back & smiling again after treatments. 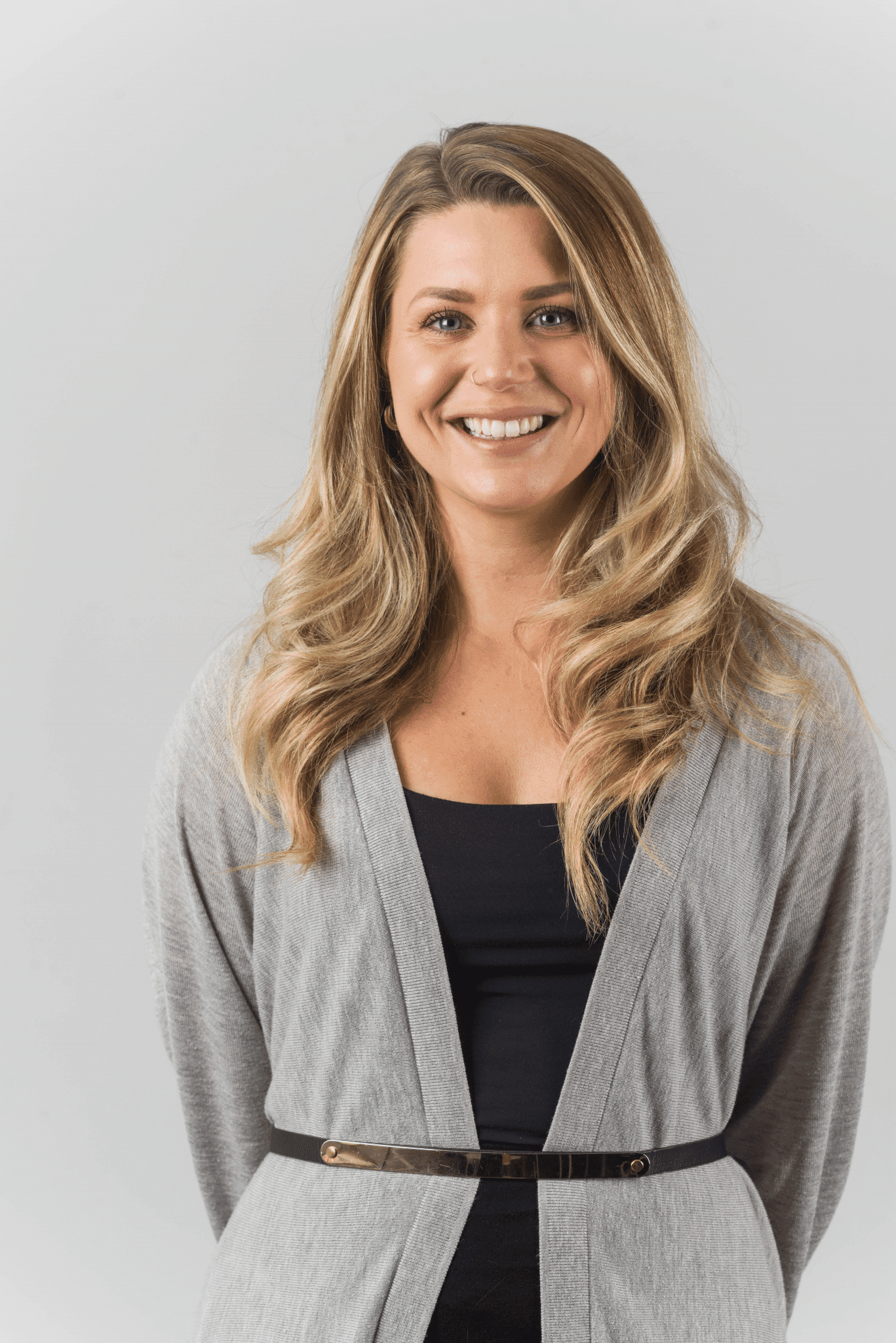 Molly joined our practice in November 2019 as part of our concierge team. Having a background of customer service and team management, Molly’s role developed significantly over the last year and she now the Business manager working alongside the Directors. With a driven mind, and a focus for 5* service, Molly is a background support to the daily running of the practice, ensuring our patients have a comfortable and positive treatment journey at the practice. Brittany started her career in dentistry as an apprentice at Inspired Dental Care in 2017 and has since progressed into Clinical Management. Brittany qualified as a Dental Nurse in 2019 and immediately developed her role into Dental Radiography, gaining her post qualification in 2020. Over the last year Brittany developed a special interest into what makes a dental practice great and wanted to be involved in Inspired Dental Care’s constant progression and improvements being currently the key player behind the maintenance of CQC and BDA good practice clinical standards. You may sometimes see Brittany around the practice in scrubs, as she still enjoys being hands-on helping treating patients alongside the clinicians. Brittany is a member of the ITI Dental Nurses Group and has a special interest in implant dentistry. Find the story behind the project!

Find the story behind the project!

Meet Sarah, one of our dental hygienists!